Skip to content
Ystwyth CC’s 65th anniversary ride on Sunday, 8th October saw over 50 club members, friends and members of neighbouring Clwb Caron come together for a 65-mile ride to Lampeter and back. The ride was the latest in a series of events held during 2017 to commemorate the club’s 65th anniversary, which will culminate in November with a month-long window display of the club jerseys over the years at Summit Cycles, the club sponsor, and then an anniversary club dinner.
Present at the start of the ride was one of the club’s life members, Ken Williams, who joined the club in 1963 and who remains an active member of Ystwyth CC and of the wider Welsh cycling community. Ken brought along his first club jersey, which is part of a collection kept by him over the years and photographed as part of the club’s 65th anniversary celebrations by Kristian Bond, club member and grandson of Bill and Audrey Rushton, who were among Ystwyth CC’s founder members in 1952.
All riders enjoyed a halfway break at Lampeter Rugby Club, and the club would like to thank them for their welcome. On returning to Aberystwyth, hearing of Griff Lewis of Ystwyth Juniors’ notable success in the first round of the National Trophy CX Series in Derby,  meant that this was a memorable day for the club in its anniversary year.
Many thanks to Dan Field for the photos. 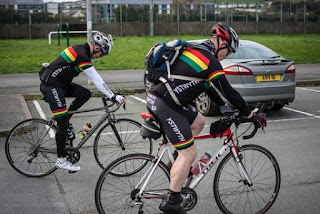 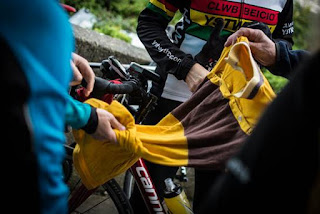 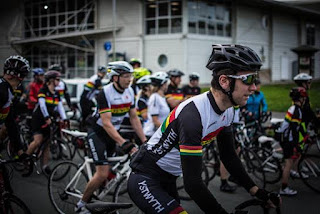 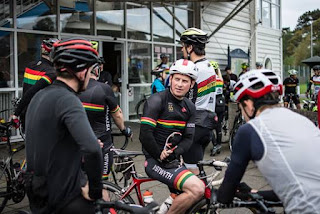 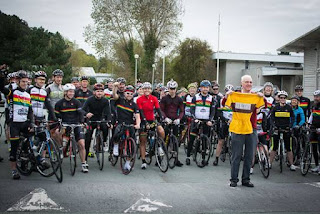 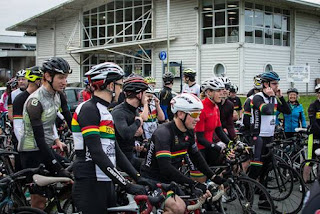 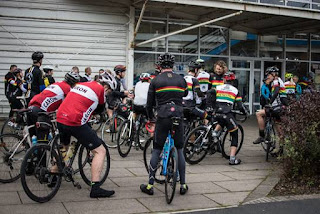 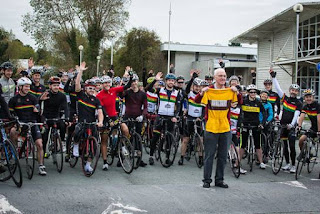