It was fantastic to be able to celebrate a great year for the club at the Dandelion, Aberystwyth Golf Club.  We were well catered for and looked after by the chef Arek providing us with good food https://www.dandelion-aberystwyth.co.uk/

It was an honour for the club to present the following awards to the riders on the night:

The club also have a special award which is voted for on the night by those present, the ‘Club Person of the Year’ award. The runners up were Mair Clarke, Andy Hunt and Derek Rattray, and Nia Peris was the overall winner with the most votes. Nia has worked tirelessly week in and week out as ride co-ordinator and as the club’s fantastic press secretary, supporting and promoting the club to a wider audience through the club’s social media platforms. Nia is a huge asset to the club and has encouraged and supported so many people with her enthusiasm on and off the bike, so it was great to be able to present Nia the award for 2018.

Another special award was made for Shelley Childs, presented by life members Ken Williams and Glyn Evans. Shelley received a life member award for all his work for the club year in and year out and for bringing the hugely successful Aber Cycle Fest to Aberystwyth.  It was great to be able to say a huge thank you to Shelley for all his work for cycling in Aberystwyth and a honour to be able to award the life membership to him.

The evening was rounded up with a fantastic raffle raising £184 for the charity MIND in memory of Terry Davies. Thanks are due to everyone that donated prizes, especially to our club sponsors, Summit Cycles https://www.summitcycles.co.uk/ and Continental Tyres. Also a huge thank you to all the other donations, including Saddleback for the Castelli kit (thanks to Paul Tedaldi), Sports Massage Ceredigion https://www.facebook.com/sportsmassageceredigion/, Aberystwyth Boots courtesy of Darren Fountain, Lynfa’s lovely honey, Alison Jones Schoolwear and all other donations on the evening. 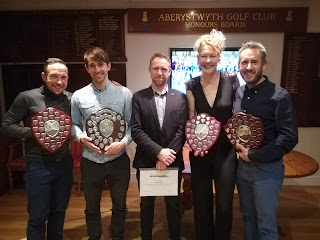 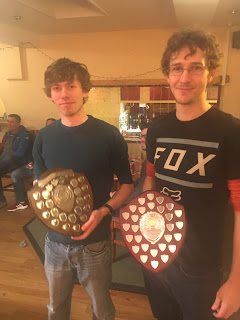