With the smell of freshly baked cake and coffee brewing, 35 riders signed on to compete in round 2 of the Ystwyth CC time trial series.  This week, the event was classed as a ‘taster’ event and on the back of the successful Tour of the Mining Valley Road Race it was expected that the number of riders was due to be more, but no one could have expected a start list of 35. 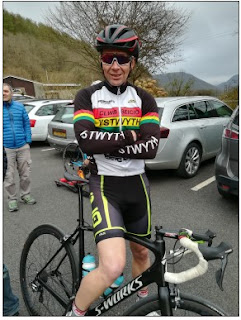